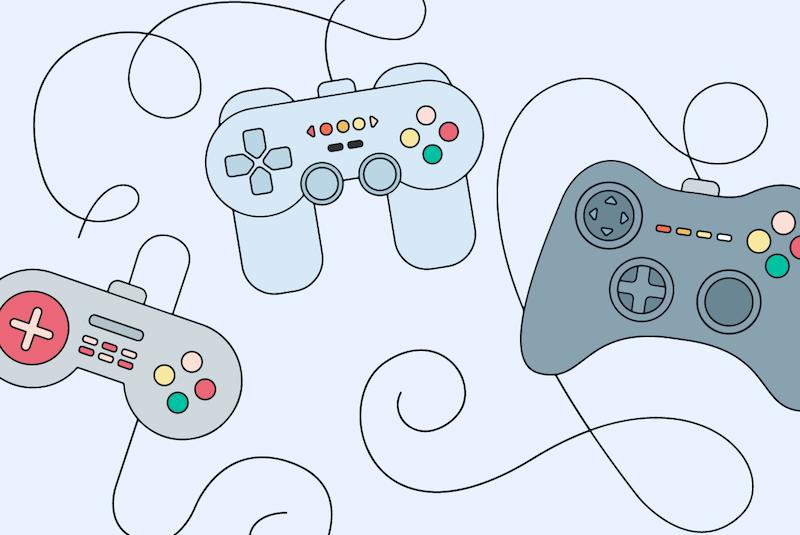 A few weeks back I started the Web platform's hidden gems blog series. The idea behind the series is to cover the native API enhancements to the web platform and shed some light on how these APIs can be used to create some really interesting experiences on the web.

This is the first blog post of the series and in this post, I'll be talking about the Gamepad API.

Just a disclaimer though, this API is in very early stages and may undergo major changes in terms of implementation and usage.

Connecting a gamepad to the browser

The window.navigator.getGamepads() method returns an array of Gamepad objects, one for each gamepad connected to the device. The Gamepad API supports up to 4 simultaneous connections at the moment.

The Gamepad interface stores information about the connected gamepad

The gamepaddisconnected event is emitted whenever a gamepad (which has previously received data from the page) has been disconnected.

Currently, the gamepad API only supports these two events - gamepadconnected and gamepaddisconnected. There is no standardized way to detect gamepad button presses or axis movements. The Gamepad interface does return useful information about the gamepad buttons, axes and their current states (button press and axis movement values) but there is no actual event that is dispatched when these actions are performed by the user.

But there is a way to continuously poll for button and axis value changes using window.requestAnimationFrame() -

In the context of a video game, a game loop is something that continuously checks for user input, updates the game state and renders the scene. requestAnimationFrame() seems to be fitting well for this as we can perform all these operations in its callback and it would remain in sync with the repaint tasks in every frame.

Ideally that's how user input should be polled in a gaming application.

I'd highly recommend checking this article - Anatomy of a video game if you want to know more about how a typical game loop workflow can be implemented in JavaScript.

This does give us the user input states as expected but we still need a way to store and discard these values in an efficient way. Ideally in the form of an API that can be exposed and reused in any gaming application.

That is the very reason why I created joypad.js - a JavaScript library that lets you connect and use various gaming controllers with browsers that support the Gamepad API. It's less than 5KB in size with zero dependencies and has support for button press, axis movement events and vibration play effect.

Subscribing to events is as simple as specifying an event name and a callback that is fired whenever the specified event is triggered.

For more details on how to use it or to know how it works under the hood (Spoiler alert: it uses the requestAnimationFrame() polling technique), please feel free to go to its Github page.

Now coming back to the Gamepad API, the button/axis layout is as follows - 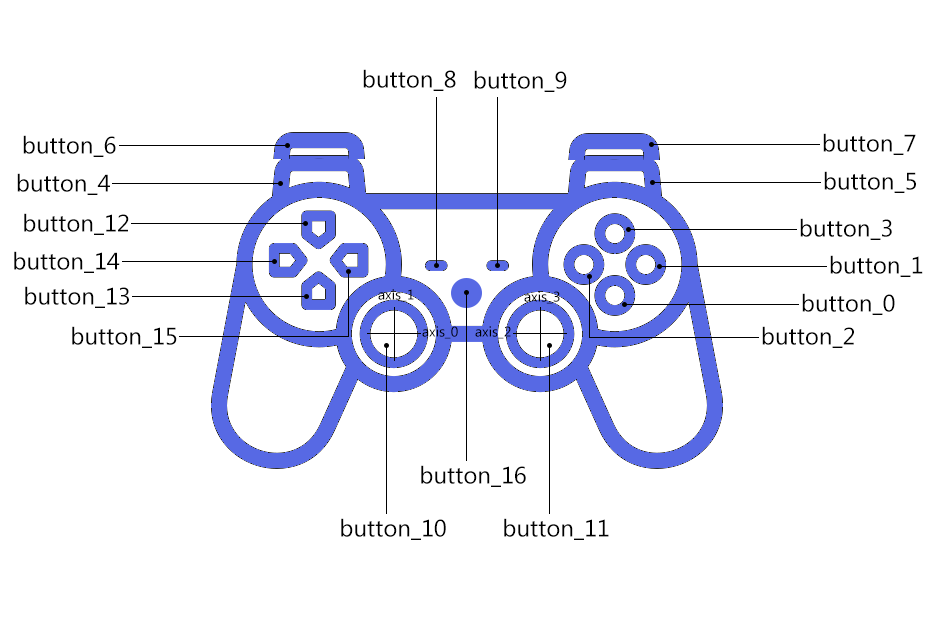 Please note that since the Gamepad API is in very early stages, the standard gamepad button layout may differ from browser to browser. The image shown above describes the default button mappings as on Chrome.

As of now the Gamepad specification is a work in progress and was published by the Web Applications Working Group as a working draft. The specification is intended to become a W3C recommendation.

The API itself is supported by all modern browsers.

I would like to point out again that the Gamepad API is in very early stages so it may undergo major changes in terms of implementation and usage. But that shouldn't stop you from experimenting with it. So go ahead give it a try, add gamepad support to your existing games or maybe develop some new ones!

In the next blog post of the series, I would be covering the Device Orientation API. So keep an eye out on this space for more info.